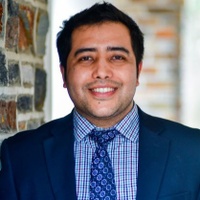 Aazaad is the Manager of Investment Operations at Integrated WealthCare. Prior to joining IWC,  Aazaad held positions in operations and financial analysis with Goldman Sachs and Pursuant Capital.

Aazaad has an MS in Finance from the University of Tampa. Before obtaining his Master’s degree, Aazaad got his Bachelor of Business Administration from Morehead State University in Kentucky.  He is currently pursuing his second Master of Science in Management and Data Analytics from the University of North America in Virginia and upon completion will begin working on his Chartered Financial Analysist (CFA) designation, a rigorous and complex series of accomplishments.

Aazaad is a native of Kathmandu, Nepal, where he spent most of his childhood in Darjeeling, India. He attended the renowned St. Paul’s School, also known as the Eton of the East, an internationally recognized all boys Catholic boarding school.  Aazaad attributes most of his strong work ethic, discipline, and strong moral character to his time in St. Paul’s School.

Outside of finance, Aazaad is enjoys exploring and learning different cultures, travelling, playing soccer, singing and mixed martial arts.  Aazaad has previously competed in Choir,  Cricket, Soccer, and Track and remains passionate about them today.